The history of eating at work:  how food became a part of the workplace

From free coffee and snacks to onsite cafes, companies have used food & beverage as a way to enhance the employee experience since as early as 1902. 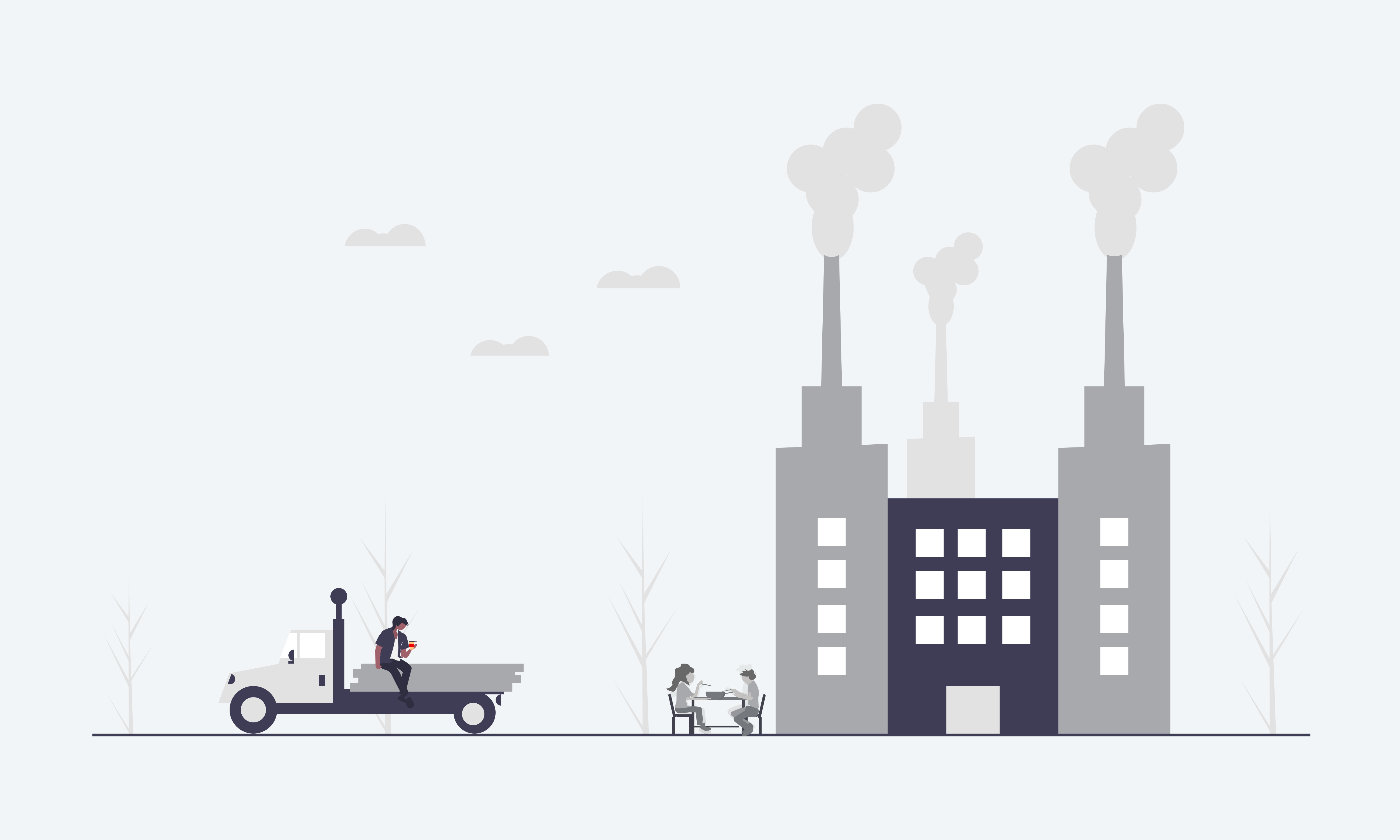 Look around the modern workplace and you are sure to see coffee, maybe some fruit, perhaps snacks, and in many cases, a kegerator or two.

Nowadays, we've come to expect food and beverage at work.  So, how was it that food became such an integral part of the workplace experience in the first place?  When did food & beverage become a pillar of the modern office and a staple of the employee experience?

Looking back at the history of eating at work gives us a view of how food has shaped the modern employee experience.  History is a window for us to understand the present, after all.

And I bet you can guess how it all began...

It all started with coffee.

Early, post-industrial records point to Buffalo, New York, where Barcolo Manufacturing Company and the Larkin Company both provided free coffee to their employees in 1902.  At the time, the workplace was a sad and depressing place.  Very few unions had been established, and there was very little job security.

It's believed that while Larkin made the move to offering free coffee, Barcolo went so far (for the time, that is) to offer a paid break to go with their coffee, which appears to be the first corporate, American coffee break in history.  The move to provide coffee was likely an effort to increase productivity on in these manufacturing facilities.

It wasn't until the mid-1900s that true era of employee perks began.

“Hewlett-Packard, founded [in] 1939, was the first born-in-the-Valley company to incorporate these perks,” according to Margaret O'Mara, a history professor at the University of Washington. “[They] included not only outdoor patios and recreational areas, but also stock options in a growing company. This set-up got the ball rolling, and the industry’s next wave of firms laid the foundation for what we know as today’s start-up vibe. “HP set the tone for the many companies that followed,” says O’Mara, “who took it to the next level in the 70s and 80s with jogging paths and swimming pools, and in the 90s and 2000s with free food and climbing walls and ping-pong tables.”

Bring on the snacks.

In the 80s and 90s, snacking took hold of American eating culture and employees began purchasing snacks at work from snack carts and vending machines.

Then came the dot-com boom.  Silicon Valley startups, plush with venture capital, took the expense of snacks and meals away from employees.

Legend often points to Google as the primary force that led to this tectonic shift in workplace culture.

The story goes that Google co-founder Sergey Brin insisted that no employee be located more than 200 feet from food at any time. Brin dreamt of a workplace experience where ideas would be imagined when team members and leaders gathered around meals.

Google strategically used their cafes and microkitchens as places for employees to interact with other people whose desks are not near theirs.

In his book, "Work Rules: Insights from Inside Google That Will Transform How You Live and Lead", Laslo Bock, the former Senior Vice President of People Operations at Google, explained that these kitchens are strategically placed between two separate work teams, and the goal of that placement is to draw these different folks together and nudge them to interact and collaborate. “At minimum, they might have a great conversation. And maybe they’ll hit on an idea for our users that hasn’t been thought of yet."

Bock's book discusses sociologist Ronald Burt's idea that innovative ideas tend to occur inside the “structural holes” of a network.

Organizations and societies cluster around commonalities:  interests, backgrounds and in the corporate world, teams or job functions. Within these clusters, groupthink can develop and actually squash new ideas.  Across these clusters, however, innovation can blossom by connecting different ideas across different groups.

New features, products, or business goals are typically extensions of existing ideas.  Google saw value in helping thinkers bridge the gap between what exists and what can exist, and the famous methodology they chose to facilitate this type of thinking is free food strategically located throughout their space.

The media occasionally shares another version of the origin story for Food @ Google, one that points to the other side of the coin.  In this version, the question arises:  was Brin's true intention to squeeze more hours out of the Google workforce by reducing the time needed to enjoy a snack, coffee, or meal?

The reality is, both creativity & productivity are undeniable outcomes that resulted from Google's workplace experience.

Google's record and reputation speaks for itself:  their focus on food as a pillar of the in-office employee experience contributed to their reputation as a highly rated place to work.

Instead of asserting that time (and money) spent eating is a competing priority to time spent working, Google understood the importance of taking an integrated approach to working and eating.

We often talk about abandoning the idea of 'work-life balance,' which puts the two at odds of each other.  The concept of 'work-life integration' on the other hand helps us build a mutually beneficial relationship between these overlapping pieces of the human experience.

More recently, we've seen leading institutions, including Cornell University and the Harvard Business Review, publish clear evidence that eating together at work increases employee productivity and morale.  Their research was published over the past few years, but it seems that the world’s best employers have known this for decades.

What to read next! 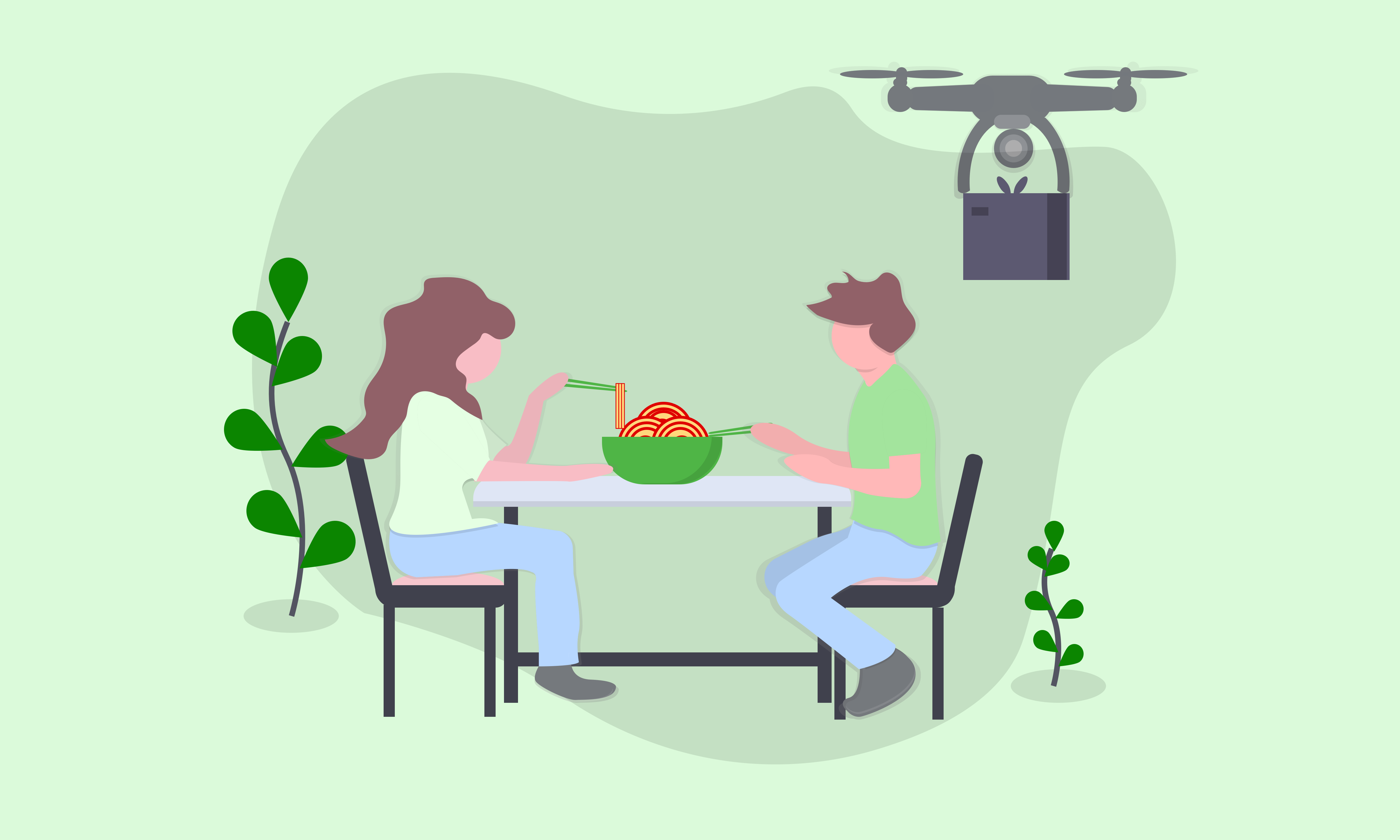 The future of work and how food drives connectivity

With so much change upon us, food will play an even greater role in connecting our teams...

Have questions? Want to bounce around some ideas? We're here for you!
Get in touch